Even an archaeologist can take his work home… 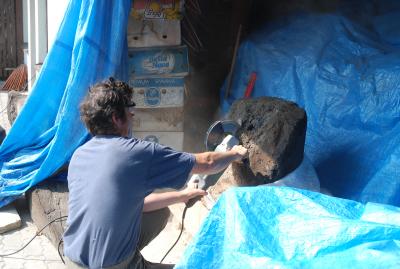 The good old times an archaeologist could dig out what he/she wanted and what he/she was interested in had been gone long ago. Currently, what we only do is an emergency service. Investors, builders (from a private person to huge global corporations) dial the museum and an archaeologist has to hurry to document various furrows (cable lines earthwork), family houses´ foundations and even large areas sometimes. Everything is done under time pressure while an excavator, a cement mixer or digging crew with a shovels are behind his back waiting to continue their work.

A pleasant exception in the above mentioned usual work conditions occurred at the finish of the archaeological research in Vykáň, a village nearby. With the help of four of the capable museum guys (pic. No.1), one of the ironmonger´s furnaces found “in situ” was transported to our archaeological dept. (pic. No.2). There, we had enough time to examine, analyse, dismantle and document it in detail.

The work method was simple: cutting, taking pictures, taking samples. Everything was done in the back yard building of out department, sometimes in the backyard itself, too. Using a diamond cutting disk we managed to cut the very solid furnace side (pic. No.3).That way, it was possible to document each part of its construction and not destroying it to pieces.

Samples for dating and other analyses were taken by the specialist from the Institute of Geology, Czech Academy of Sciences (pic No.4). We expect getting the expert´s report soon.

The found furnace is a typical sample of so called Tuklaty type furnace – a half bedded object situated in a wall of a workshop pit (pic. No. 5).This type was mostly used by our German ancestors in the Roman times. We set the data of this furnace to this age, too. The shape is highly important for we derive its name from it: a shaft furnace (pic. No. 6) These furnaces have only their front side accessible at the bottom part called an outfall (pic. No.7). Iron was taken out from there.

During the smelting process, the furnace had to be closed in such a manner it could be re-opened easily after the process was done. A hard, more times burned wall of the furnace (A) and a less burned closing part

(B) were well distinguished (pic. No. 8 - 9). A special tuyere brick made of clay that closed the outfall was taken away or destroyed after the smelting. Shape of the tuyere brick from the Vykáň furnace is quite interesting. In the part where the workshop once was, it is the strongest, while towards the bottom it gets thinner. Its upper part is not thicker than the furnace´s wall itself (pic. No.10).The tuyere brick is shaped thoroughly, inside it copies the shape of the furnaces wall (pic. No. 11), its surface is neat on the outside (pic. No.12). In the centre, there is a poorly identifiable hole that served for fire blowing (pc. No.13).

Katalin Almássy, archaeologist and curator of the archaeological collection of the Municipal Museum in Čelákovice

Photo archive of the Municipal Museum in Čelákovice 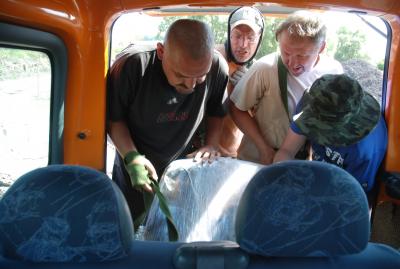 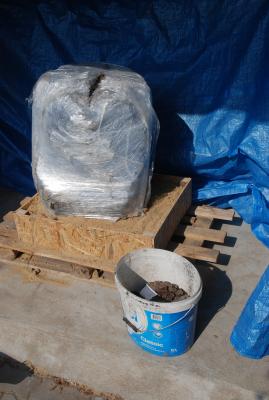 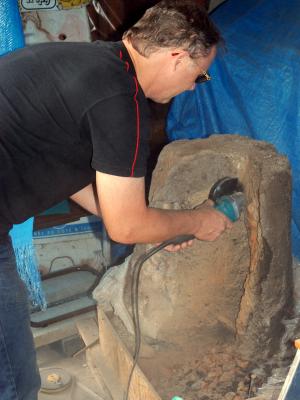 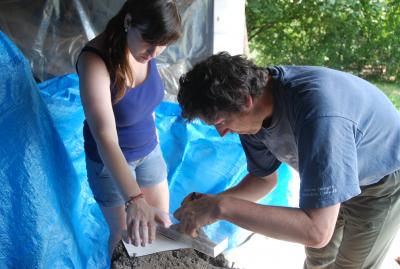 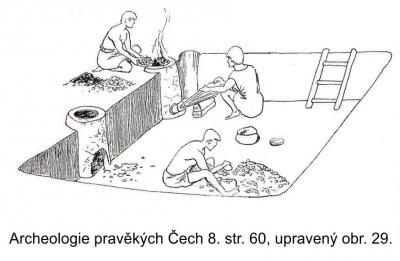 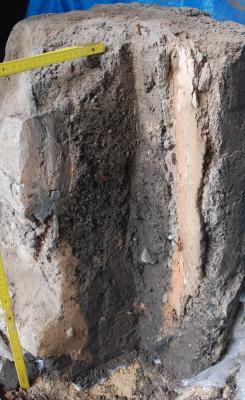 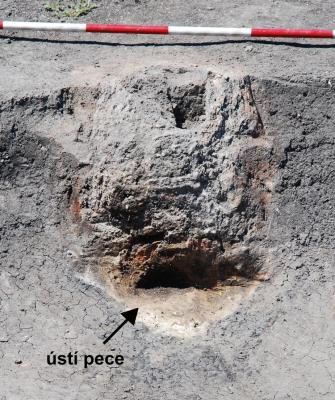 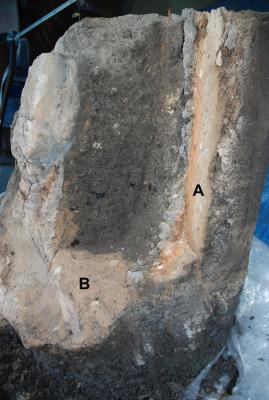 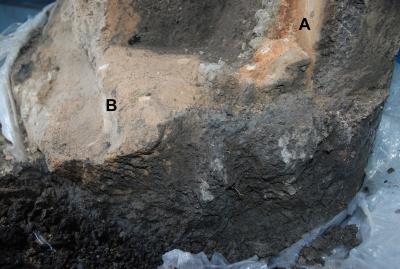 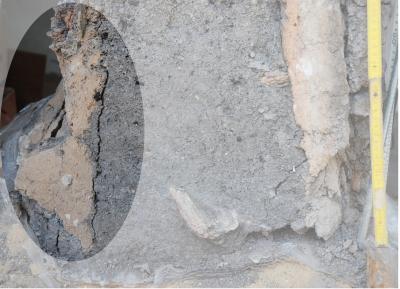 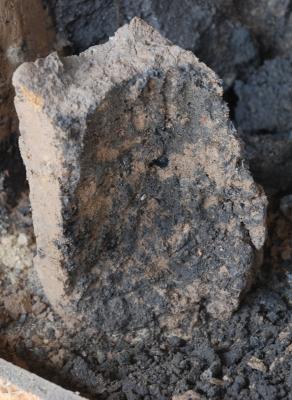 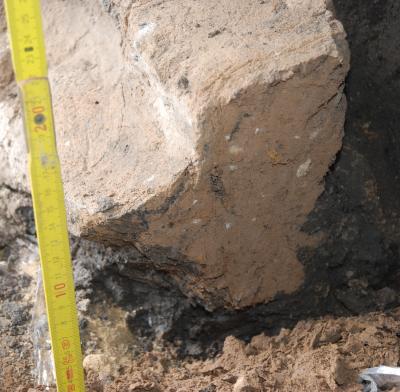 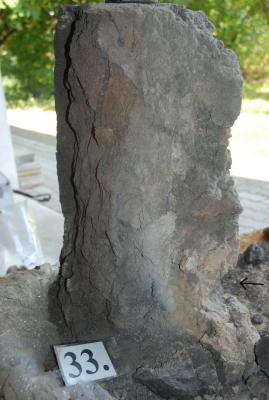