Prehistory at the castle and in the bailey 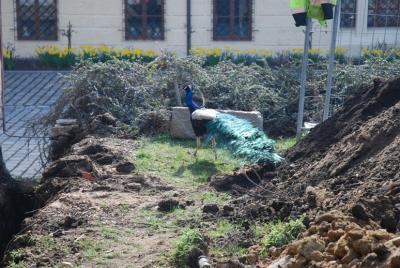 There are some archaeological sites that give us evidence people used to choose similar places for life and work since the prehistoric times until these days.

The Castle of Jirny, a granary reconstruction

When I´ve first heard the words “Reconstruction of a Baroque granary” dealing with the investor, my thoughts skipped to the fantasy of a mount of bricks and architecture pieces debris.  If not so, then nothing more than an image of the late inhabitants´ leftovers, literally bones gnawed clean, which was not more attractive to me than the first image of debris…

However, I know this site well from my previous experience. Whether it has been that one of an ordinary digger or later when I had a chance to participate at the very reconstruction of the castle building in 2006 as a trained documentarist working for the Municipal Museum in Celakovice. Beside the above mentioned supposed and witnessed mount of bricks, we had a scope to look into the past much deeper we´ve ever expected. A significant part of the found material related to the castle inhabitants from 17th to 18th century. But, in the deepest layers, we have noticed a vast prehistoric settlement from the Bronze and the Iron Age.

When reconstructing the granary, it was necessary to work out new engineering infrastructure and that required related ground works. In these cases, we had a chance to peek under the current surface and despite all the modern time building relicts, we could get closer to the prehistoric past of the examined site. Though the space defined by the extent of the earthwork and building adaptations was quite limited, our team succeeded to examine and document various prehistoric objects. The place people of Baroque times had chosen for storing wheat, used to serve the same purpose back in the prehistory! Storage holes for grain or food from Early Bronze Age that were aimed to preserve crops until the next season are a very interesting proof of use of this location for the identical reason back in about 1000 B.C. and  then in 17th century A.D. again.

The whole archaeological research consisted of documenting of nearly half a kilometre of dag out profiles and uncovering more than a hundred of embedded objects, mainly from Early Bronze Age. Prehistoric archaeological situations were possible to be recognized on the bottom of the pits and in the profiles of earthwork for engineering network according to the colour that differed from the neighbouring soil and also from ample presence of fragments of ceramic vessels. Some of the found objects were documented right in the earthwork profiles while other objects were examined on the surface. Regarding the early modern period, we managed to uncover a corner of building´s foundations partially and set its dating to High Middle Ages. Therefore, we can assume this building relates to the construction of a medieval fortress whose foundations remain under the object of the present Castle of Jirny.

Object No. 1 became an exceptional one within the terms of this work. This archaeological situation was uncovered completely besides the whole granary building´s project as the investor understood its importance and agreed with its documentation and research. The chosen manner of uncovering has shown up to be crucial. In the pit´s infill from the Early Bronze Age, there was something special found besides many fragments of ceramics. We happened to find a part of a sandstone mould for casting three bronze arrow tips. This kind of artefact does not belong to common findings and due to its exceptionally good condition it will become an important part of the archaeological collection of the Municipal Museum in Celakovice. 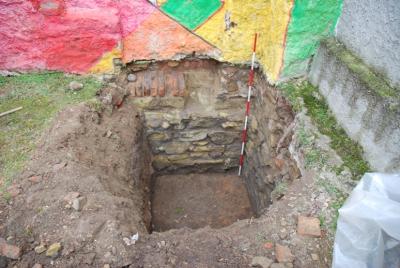 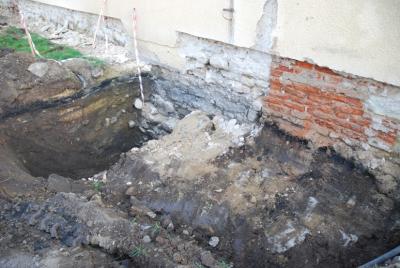 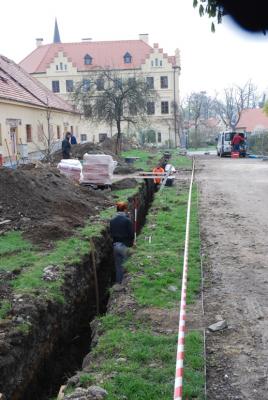 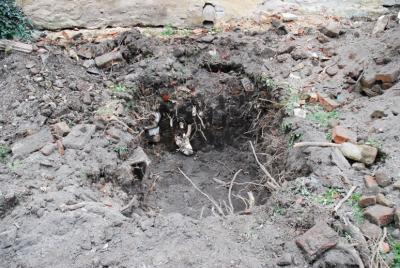 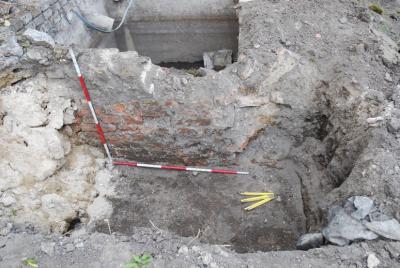 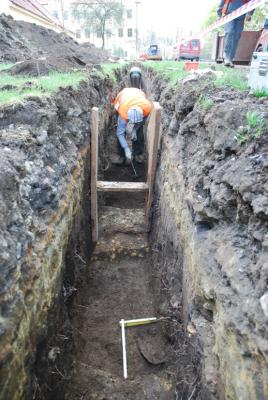 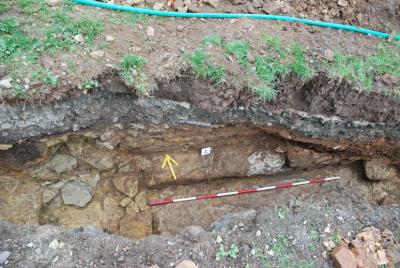 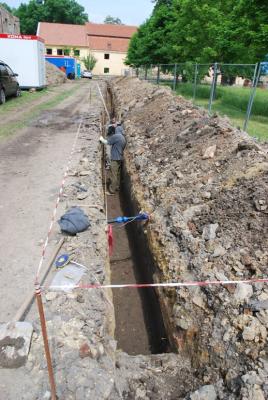 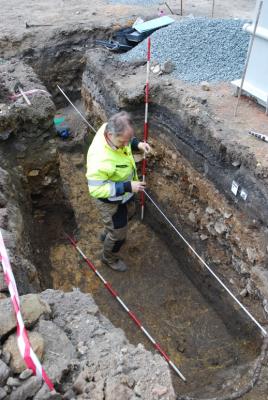 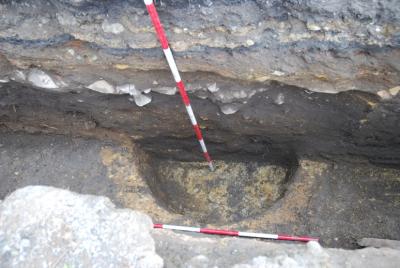 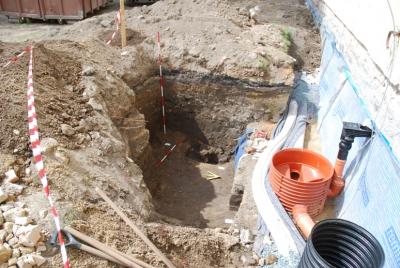 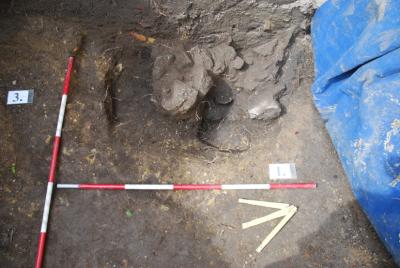 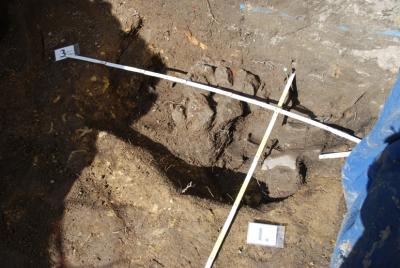 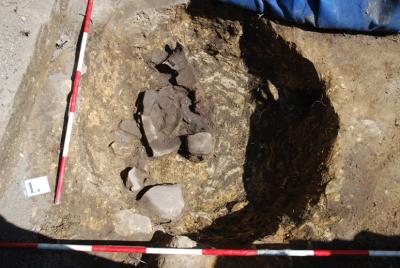 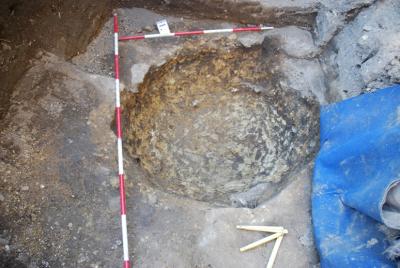 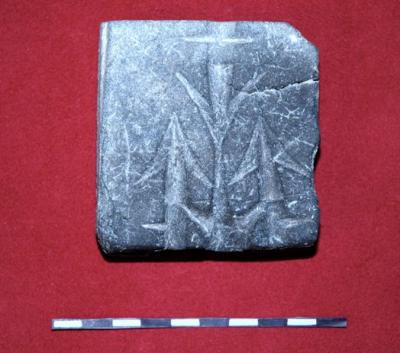