The Story of the Sword - Part 4 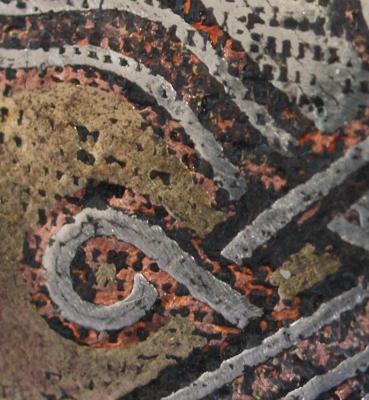 The Fame and Glory

The Fame and Glory

A sword used to have its primary function as an effective tool to eliminate an enemy. Since the very first bronze swords of the times of burial mounds culture of the Bronze Age, such weapon used to bear a significant symbolical meaning, too. Today, we´d probably say „a sword was an important attribute of a social status of its owner“. In the times of Early Middle Ages, a sword was a very expensive weapon. Less wealthy people had to choose a cheaper alternative – longer knives, spears or simple axes - not only in our countries. Usually, only “the rich ones” could buy a sword. And just the most prosperous men could afford a decoration of their sword in relation to their social status. A sword reveals social status, it´s bearer´s position of power and his strength.

The hero of our Story of the Sword is not an average weapon. We assume it has been made for someone who could afford it. Mainly, decorating the weapon was not an easy process therefore a sword like the one of our finding was rare and expensive. It´s also possible our sword had not come to the place where it was found many centuries on together with its original owner. It might have been a very precious gift or a spoil of war coming from the Far North to Central Bohemia.

Main technology of so called ornamental decoration inlays used the effect of various colour metal wires combination and their artistic stylisation. The surface of the pommel and the guard was prepared for further decoration by several crosswise-lead cuts. A surface of this state served as a background for placing cold copper, brass and silver wires in a demanded pattern. In the next step, the intended decorative parts of the weapon had to be heated up and the wires that partly melted in the cuts were forged in. The surface became smooth and even and the material well adhered. In our case, this type of plated ornamentation combining silver, copper and brass is typical. Regarding the blade, we haven´t found any sign or mark on our sword, though it used to be very common.

Pavel Snítilý, Head Archaeologist of the Municipal museum in Čelákovice in cooperation with Jiří Hošek and Estelle Ottenwelter from the Institute of Archaeology of the Czech Academy of Sciences, Prague

Photo No. 1 - Laboratory of Restoration-Conservation, Institute of Archaeology of the Czech Academy of Sciences, Prague

Photo No. 2 - Laboratory of Restoration-Conservation, Institute of Archaeology of the Czech Academy of Sciences, Prague

Photo No. 3 - Laboratory of Restoration-Conservation, Institute of Archaeology of the Czech Academy of Sciences, Prague, corrected 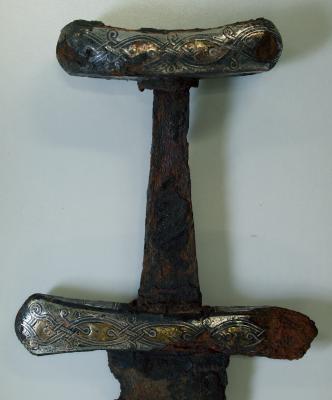 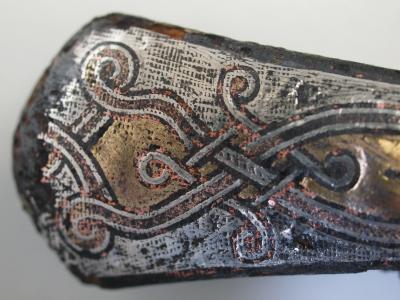 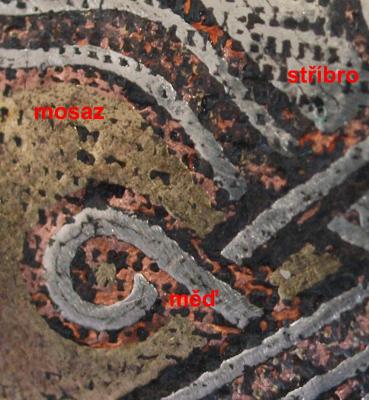