The Story of the Sword - Part 5 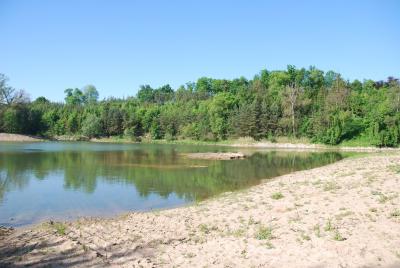 THE TRADITION OF SETTLEMENT

Continuing with the Story of the Sword, we´ll sightsee the location of its finding more precisely today. It´s as unusual as our weapon is.  The sword was found by the end of 2016 at the bed of then vacant former sand quarry called Malvíny in the town of Lázně Toušeň.  This area with its local name “Within the Bridges” used to look different in the past – in those times when our sword got lost – and as supposed it was most probably in the 10th century A.D. - there was one of the River Elbe´s arms flowing under a rise in elevation, down a steep promontory. The river arms created an island (same as it was common until the 1930´s in the town of Čelákovice for the famous Czech Grado).  Archaeologists uncovered traces of settlement from the Bronze Age, the Iron Age and also from the Early Middle Ages. The most precious find comes from the research from 1950 – a bronze sword from the Burial Mounds Culture people. There, our weapon has its predecessor!

The area´s name “Within the Bridges” reflects the fact that from the 16th till the 18th century there used to be two wooden bridges that substituted an older ferry documented in Toušeň already in the 13th century.  Probably, the old ferry had substituted an even older ford guarded by a Slavic hillfort that spread out on the mentioned promontory above the River Elbe´s arm apparently from the 8th till the 12th century A.D. This site bears a local name Na Hradištku -“At the Hillfort”.

The Slavs used to have their forerunners – traces of local settlement reach down to 5000 B.C. to the Neolithic Age of Stroke Pottery Culture. To be complete, let´s mention that in the land registry of Toušeň, there is a proof of evidence of older people of the Linear Pottery Culture). In Eneolithic (Chalcolithic) Age, about 3000 B.C. the Řivnáč Culture people built a fortified elevated settlement protected by a huge moat dug in marlstone bedrock there. Archaeological research led by Jaroslav Špaček from 1975 – 1982 uncovered besides other findings semi-embedded houses and bone graves.

Earlier ages were proofed by the same research (above) that discovered Proto-Únětice Culture burial site with more than ten graves equipped with pottery gifts. Hradištko (Hillfort) used to have its citizens also in the Bronze Age (Věteřov and Knovíz Cultures) and also in the Iron Age (Hallstatt).

A precious find is a gold earring, too, though hard to set its dating. The above mentioned Slavic hillfort, built at a strategical location protected by a steep slope downwards the River Elbe, its fortification and a swampy terrain, has already emitted a significant number of interesting objects and findings. One of the most important seemed to be (so far) iron spurs with hooks documenting probably a presence of higher class nobility. This assumption is proven by the finding of our main hero – the Viking sword from the 10th century A.D.

A call to the public

The Municipal Museum in Čelákovice has been preparing an exhibition devoted to the Toušeň sword and besides a scientific publication of this extraordinary finding (the text will be written by experts on Medieval weapons from the Institute of Archaeology of the Czech Academy of Sciences, Prague and from the National Museum in Prague) we also intend to announce literary competition for laic public.  You´ll compete in the ability of a writing tool mastering, and the task is to write an essay “The Story of the Sword” where we do not need the truth about the sword´s long and adventurous way to Toušeň but we mostly evaluate your fantasy!

If you want to participate, write your own version of the Toušeň sword story and sent it to our museum by postal services to the address of

or by e-mail to pavel.snitily@celmuz.cz  The deadline is the end of 2017.

The best essays will be published in the mentioned publication related to the sword´s exhibition. We hereby thank you for your effort and contribution.

Right upper - a part of the location At the Hillfort, Down – Within the Bridges (0392)

Downwards the steep slope, the River Elbe used to flow and above, there was a Slavic hillfort (0422)

Remains of a bridge from Early Modern Age (4246) 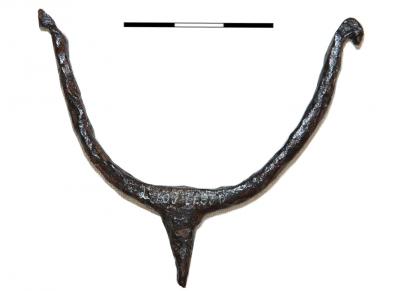 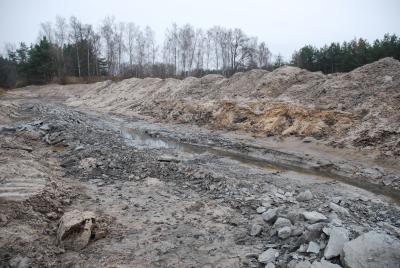 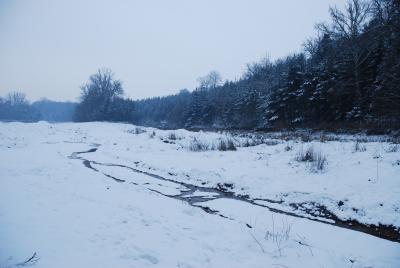 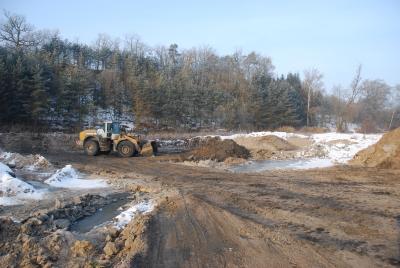 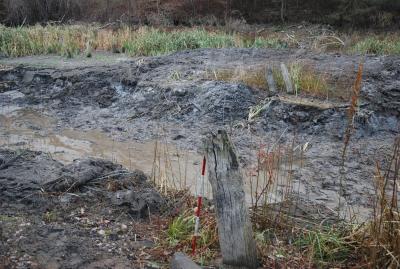